The triple powered, Italian superbike most have forgotten about.

Benelli is a brand which has always been surrounded by a rich motorcycling history, its actually one of the oldest motorcycle brands in the world being founded all the way back in 1911 in Pesaro, Italy by a widow who was hoping to create work for her six sons. The company contributed hugely to the Italian war effort during world war 1, designed and developed their own in house engine in 1920 and produced its own branded motorcycle a year later.

Development would continue up until World War 2 put a halt on the development of a supercharged 250cc race bike they were building with the intention of competing at the lightweight Isle of Man TT.  By the end of the war, the majority of the Benelli factory was left destroyed and the business was in ruins. Fortunately, they managed to get back on their feet by acquiring motorcycles that had been abandoned on the battlefield and restoring them for civilian use.

Benelli would continue to innovate with new bikes for the next 20 years or so, until the Japanese bikes started to shakeup the market towards the end of the 60’s. Shortly after this the struggling company was sold to an Italian/Argentine industrialist who would go on to acquire many Italian brands, such as Masarati and Moto Guzzi. A rocky few years followed until 1995 when Benelli was again taken over and relaunched, only this time with a bold new vision. Over the coming years Benelli released several smaller capacity bikes aimed at younger riders which were very successful. Then, in 1999, Benelli hired an ex Cagiva technician and in 2002 they brought us their new flagship bike, the Tornado 900 Tre, or Triple, Benelli’s first crack at a full blown superbike.

At the time, the Tornado was praised for doing things a bit differently. For example, the radiator is actually mounted underneath the seat, rather than upfront like most bikes. This allowed Benelli to create a narrower front end for sharper handling. Another example would be the use of aircraft spec glue and fittings to hold together the four trellis’s of the frame rather than welding to save weight.

At the heart of the bike we have an 898cc inline triple engine, producing a claimed 140bhp. What’s interesting is this engine was actually built for a Laverda sports bike which never actually made it into production, Benelli acquired the design and built it themselves for the Tornado. 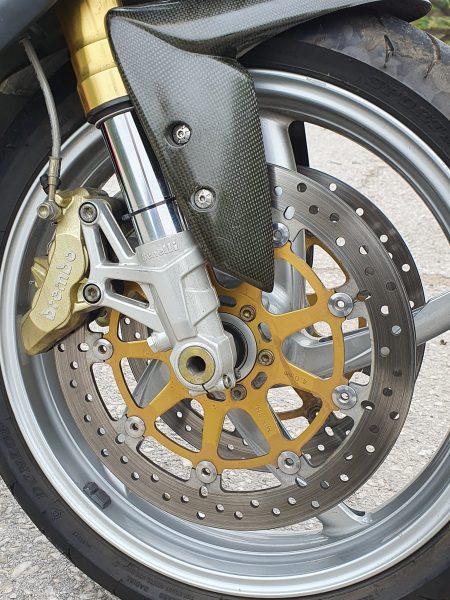 For suspension we have adjustable forks upfront from Marzochhi with offering from Ohlins available on the top spec bike. For brakes, again we’ve got top shelf offerings with 320mm discs up front with four piston calipers which are still very decent by todays standards. It is just as well the Tornado is so well equipped straight from the box. As the Tornado wasn’t with us for very long, you will struggle to find aftermarket parts aside from a few exhaust variations and cosmetic items such as screens.

Mounting the bike for the first time, the very first thing you notice is the aggressive dynamics of the bike. The pegs are high and the bars are mounted forward and low.  Whilst waiting for it to warm up I was surprised how much the bike was rattling…it reminded me of an old Ducati and sounds like a box of spanners on idle. I already convinced myself that this was going to be a bit of a handful on the road. Oh how I was wrong! The second you give the bike any revs to pull away it instantly smooths out and the RPM becomes silky smooth…like a totally different bike. negotiating out of town the bike felt typically Italian. The clutch is heavy and everything just feels a little bit cumbersome.

Getting out onto the big roads is where the Tornado REALLY shines. The bike is so lively and loves to push through the revs, tipping in is effortless and the bike holds its position on the road beautifully.

As the bike I rode was an exceptionally low mileage example, I was very conscious of not adding to that mileage unnecessarily so only spent around 30 minutes on the road, but I think that is enough to draw up a summary of what this bike is all about.

The Tornado really is an incredibly interesting bike, it’s so hard to understand why it didn’t take off to be a roaring success. A sad story of what could have been for Benelli. For whatever reason the Tornado never properly got sales traction, possibly due to a lack of main dealer support compared to its rivals and not managing to find the allure that Ducati has always held in the Italian bike sector and  it’s not quite as powerful as some of the Japanese competition at the time. The Tornado was produced all the way up until 2014 before Benelli pulled the plug on it to focus on other models in their range.

But, none of this makes it a bad bike. The handling is crisp and sharp, the acceleration is super lively and the triple just loves to rev. The styling, in true Italian fashion, is dramatic and like nothing else on the market and everything is finished beautifully. In respect of character, the Tornado runs rings around the Japanese bikes of the time.

If your thinking of buying one, there isn’t really a whole lot to be aware of. Early models of the Tornado were plagued by a few issues but these were mostly all resolved by 2004. The biggest issue you’ll likely find is the struggle to find spares due to the dealer network not being as established as some of the other mainstream brands and the lack of aftermarket options available. With that being said, you will find the Tornado has a thriving fanbase. If you have an issue with the bike, for sure somebody at the Benelli Forums will be able to help you out.

Would I recommend one? Without a shadow of a doubt. Don’t let the bargain prices you can pick up a Tornado now fool you, it is still and always will be a premium Italian superbike. It’s full of character, its unique, bags of performance and will always be remembered as the bike that revived the Italian legend that is Benelli. 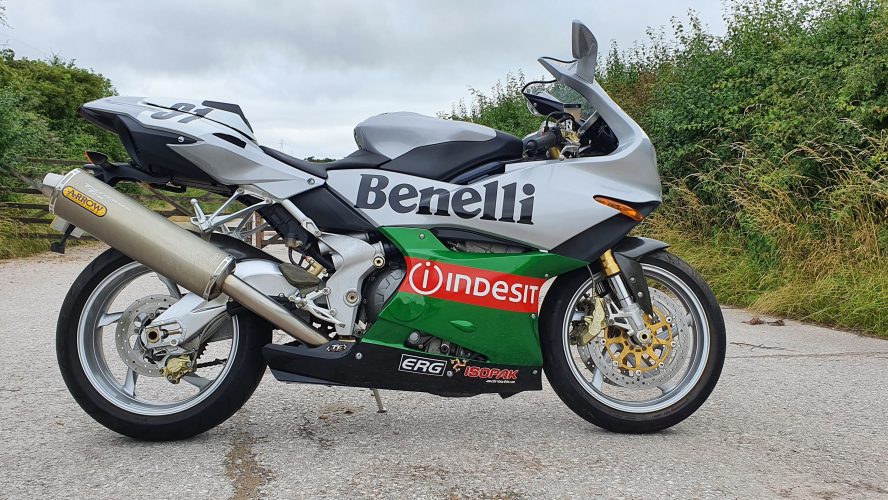 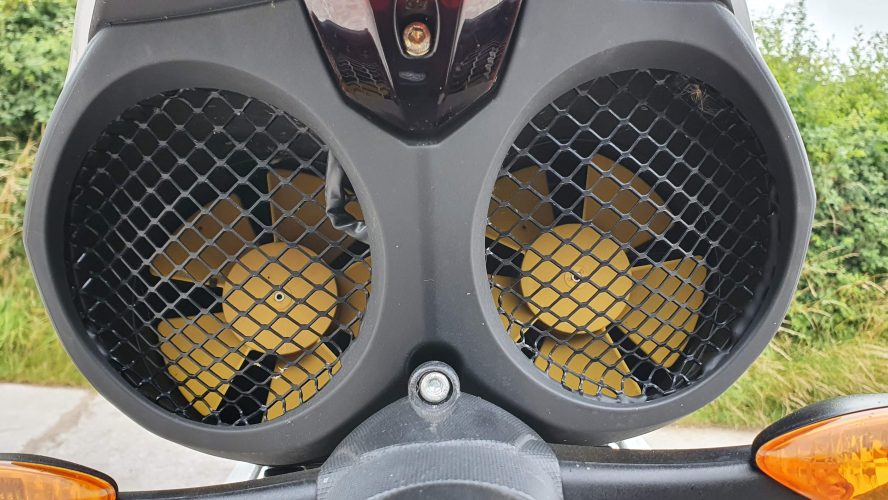 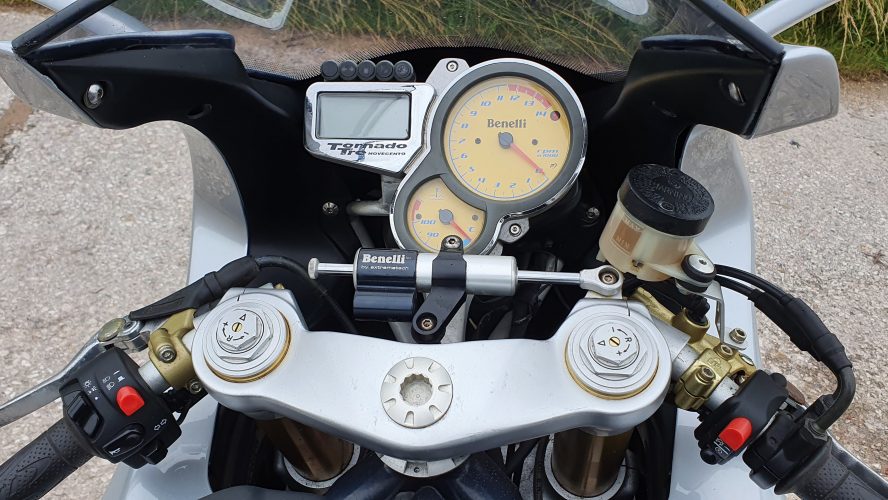 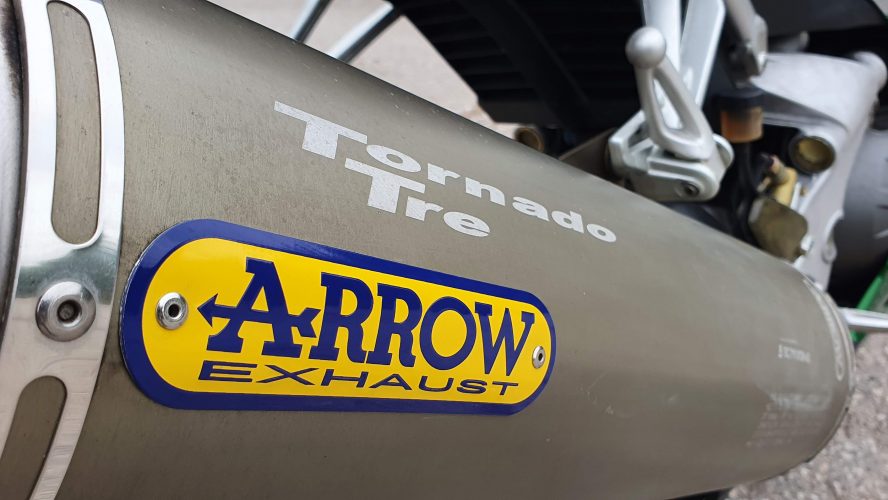 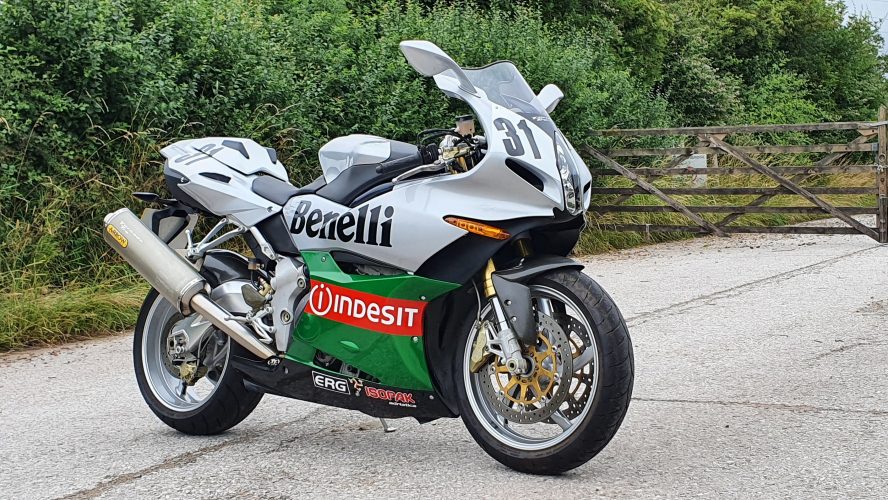 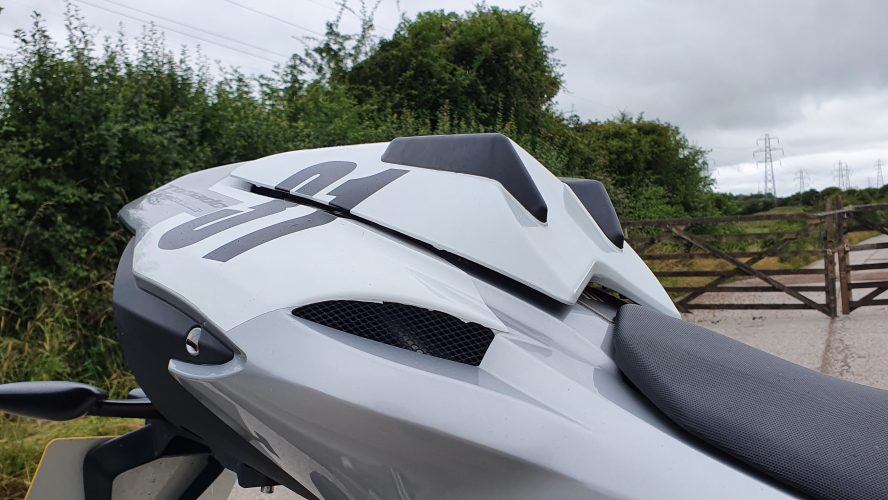 The triple is a pleasure to ride, the power is spread well throughout the rev range, super lively and sounds fantastic.

Fully adjustable forks, rear shock and steering damper. Very well equipped from the factory and more than capable of handling everything the average rider could throw at it.

Brembo 2 piston calipers with 320mm Discs up front with a single piston caliper and 220mm disc on the rear. A great setup and no complaints!

A typical Italian superbike, everything is over designed and finished beautifully. Early Tornado’s (pre 2004) were plagued with some issues but these were mostly all dealt with in the post 2004 bikes.

Ultra unique, fantastic performance and a bargain price tag, the Tornado is an absolute steal if your in the market for something a little bit different. Only held back by the difficulty in spares and the below par dealer network (this is something Benelli are working on). Fingers crossed the Tornado will return in an updated form in the not so distant future.

A huge thank you to our very good friends over at JD Comps for loaning us the bike for the day.