Tucked away in the north of the beautiful Isle of Man you will find the Isle of Man Motor Museum built on the former RAF Jurby. The museum is huge (70,000 sq ft) and was purpose built to house over 400 exhibits over two levels. We spent the afternoon exploring this Aladdin’s cave of interesting machinery. Whether you’re interested in two wheels, four wheels or even tracks…there’s something here for everyone. 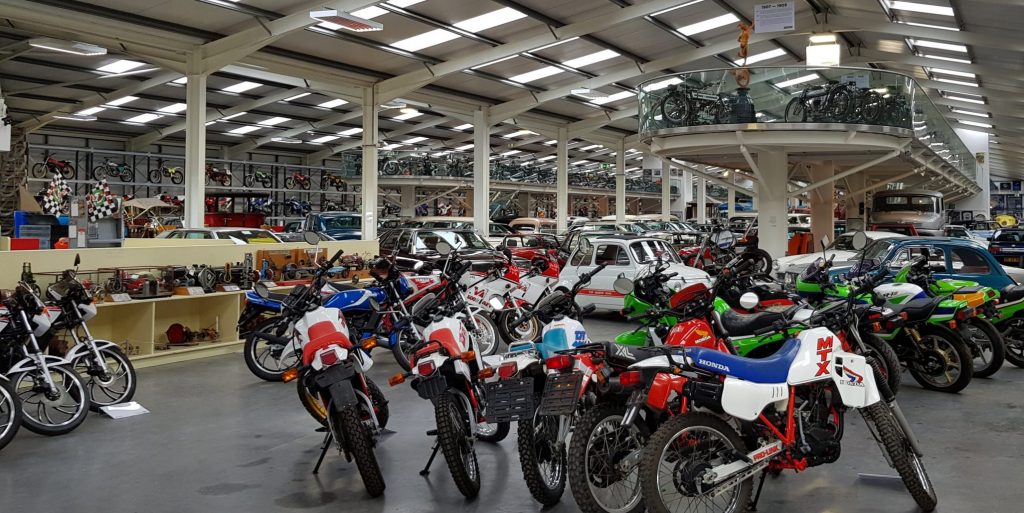 Over 30 years in the making, the Isle of Man Motor Museum was founded and is ran by father and son team, Denis and Darren Cunningham. A Large portion of the exhibits are made up of their own personal collection, while the remaining exhibits are on loan from other private owners and collectors.

The Isle of Man is famously home to the Isle of Man TT, as you would expect there is a wonderful collection of ex race bikes, leathers, trophies and memorabilia on display.

A few of the Superbikes featured on our Favourite Superbikes of all time article also made an appearance at the museum!

To give an insight into the vast array of vehicles and the stories they have to tell, we’ve picked a couple out to share with you.

This little one-off Ducati was hand built to be raced in a special championship held on the Isle of Man. It features a single cylinder, 4 stroke engine producing 12 BHP.

The Isle of Man Motor Museum is a fantastic asset to the island and we would strongly encourage a visit (though make sure you leave an afternoon free as a minimum!). Be sure to pay a visit to the cafe across from the museum where they have a mock crashed spitfire on display.