Motorcycle Live 2021 – The Superbikes that caught my eye…

After the write off that was 2020, it was a very welcome sight to see that the 2021 rendition of the famous Motorcycle Live at the NEC, Birmingham, was going ahead. Although there was slightly less on offer than previous years, possibly due to everything been spread out to encourage social distancing, there was still plenty to see and do.

There was a big emphasis on electric bikes at the show, like it or not that is the direction the industry is heading, along with ample offerings of new adventure and commuting bikes. All well and good, but we went along to see what was on offer for us Superbike fans. Here’s what caught our attention:

The Norton superbike has been a project I’ve been personally following with a huge interest since its first debut at the Isle of Man TT. It’s really unfortunate that the brand had been tarnished by the recent pre administration scandals (under its previous owners). Fortunately for us, the Indian company TVS Motors swooped in at the last moment and saved the dying Norton brand. With their expertise and financial backing, they have been working hard to get the illustrious brand back to where it should be. That couldn’t be more evident in their flagship superbike, the V4SV.
The V4SV is an absolute work of art, pictures really don’t do it justice. From the Beautifully billet-machined foot pegs, pedals and yokes to the frame that is polished to a mirror finish, every component on the bike has been carefully crafted and is a piece of art in its own right.

The bikes specs are equally as impressive.

– Full Ohlins suspension, with a unit designed specifically for the Norton at the rear

There isn’t yet any real world information, the bike is still in it’s development phase. However, this bike is the successor of the V4RR before it. That bike was born and developed on the Isle of Man TT. That same bike managed a +130mph lap and has provided a plethora of information for Norton to build from. I’m expecting big things from Norton in the near future.

If you followed any form of Superbike racing, particularly here in the UK, in the late 80’s and early 90’s then this bike will tick all kinds of nostalgic boxes. A rotrary powered race bike with a Spondon derived chassis.

The CR700W is the accumulation of 40 years worth of experience building and developing rotary powered race bikes from the creator of the worlds most successful rotary powered race bikes, Brian Creighton. Brian is famously the brains behind Norton’s RCW588 project that ran in the late 80’s and early 90’s which made huge waves on the British racing scene at the time.

The rotary engine is tiny in comparison to a traditional inline four and they have barely any moving parts…the engine in the CR700W is less than 35cm long and only weighs 24kg, yet it’s capable of producing 220 bhp. Those numbers are quite difficult to get your head around.

Only 25 CR700W’s are to be built, all hand built by Brian himself, so you’ll need to be pretty lucky if you ever manage to get to ride one.

Maybe that’s actually a good thing. After riding a bike that weighs less than a two stroke but has more power than a new era superbike, the bar in terms of performance has been raised to a level that will be incredibly difficult to replicate.

You can read more about this incredible project on their official website.

Not strictly a superbike, but the Speed Triple RR was a bike I was really keen to get a look at. Since the Daytona 675 was laid to rest, we’ve been without a sports offering from Triumph for some time now (with the exception of the Daytona Moto2). The Speed Triple is halfway between a super naked and a sports bike, and bridges the gap beautifully.

From a performance perspective, the Speed Triple produces just under 180 bhp from its 1200 triple, it’s sporting semi active suspension and is packed with electronics such as an up and down quick shifter, ABS, cruise control and keyless ignition.

We hope to do a road test on the Speed Triple in the New Year so keep an eye out for that.

Another bike I was keen to have a nosey at was the RC-8C. Although the original RC8 was a bit of a pig at times, I was a big fan of it. It’s a pity that development of the bike stopped. The RC-8C is the track only descendent of that original RC8.
Unfortunately, most of us will never get the chance to have a go on one. KTM are only building 100 units and will be reserved solely for use on track.
128 BHP, a dry weight of 140kg and packed with race technology including a dedicated Akrapovič exhaust, a bespoke race frame, Brembo all round and WP Apex Pro forks and shock. 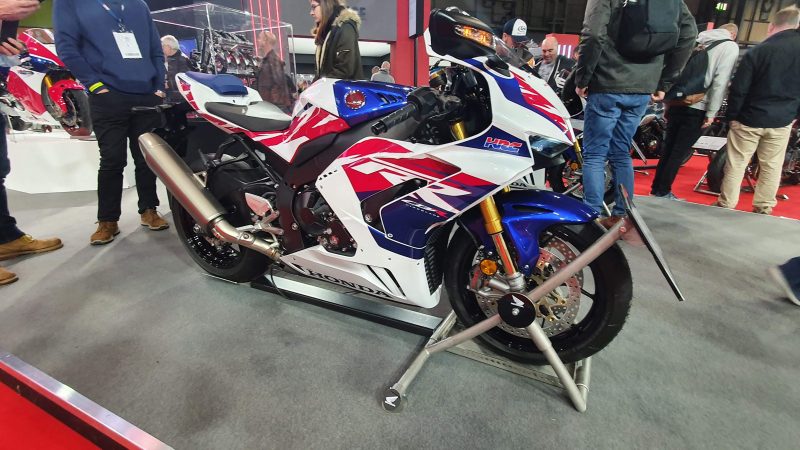 The 30th anniversary Fireblade CBR 1000RR-R in the original 1992 blade’s colours. You can read more about this anniversary edition Blade here. 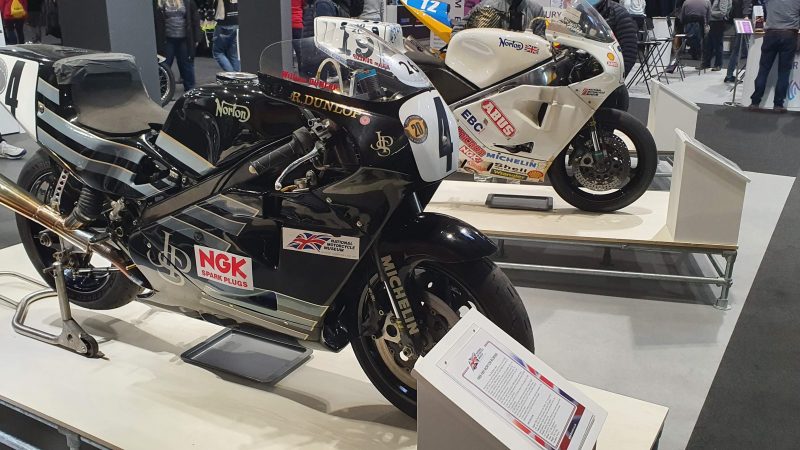 The old rotary Norton’s are on our list of favourite superbikes of all time, simply awesome.

Energica Ego, the first ever all electric Italian superbike. First time seeing one in the flesh, really impressive.

It’s not every day you get to get up close and personal with an RCV. There was two at Motorcycle Live this year. 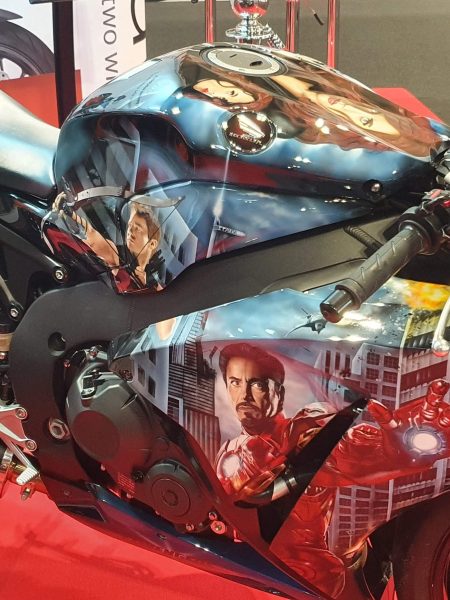 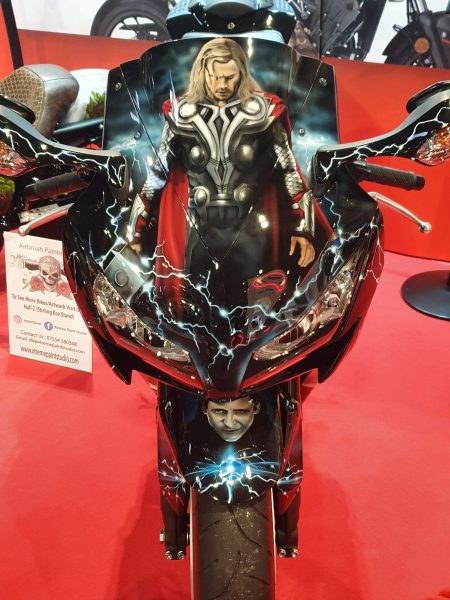 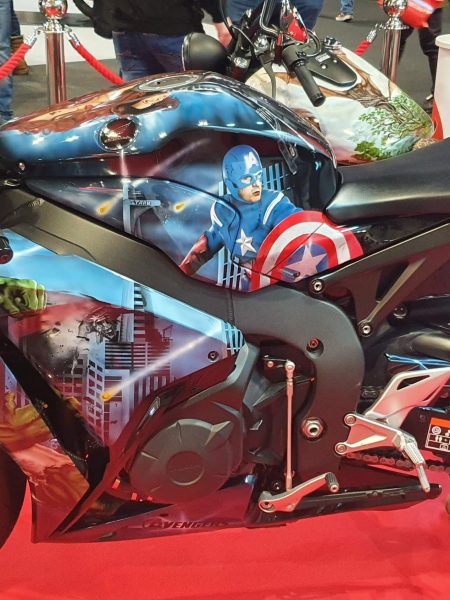