Is the baby Ninja the ultimate supersport machine?

The ZX6R dates all the way back to 1995, the first generation was heavily inspired by the ZX9R of the time. Born into the famous Ninja series of sportsbikes, a title which the ZX6R still proudly displays to this day. Kawasaki would make many changes to the ZX6R over the coming years to keep up with competition from Honda, Suzuki and Yamaha.

In 2003 Kawsaki made a big change where they increased the engine capacity to 636cc. I often see people getting confused with identifying these bikes. The ZX6 and the 636 are exactly the same bike, though Kawsaki did make a ZX6-RR race version of the bike which maintained the 599cc capacity engine to ensure eligibility into displacement restricted supersport racing. In 2005 they further revised the 636 engine with larger cams, a new head and polished ports. 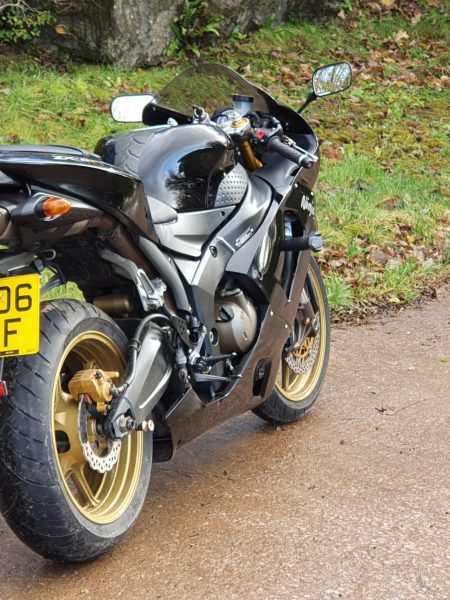 The 636 engine is what this version of the little Ninja is best known for, it produces a claimed 130 BHP and at the time led the way in the supersport class. Under the right conditions, the bike could hit just shy of 170mph which is really impressive from a stock 600, even by today’s standards.

From the moment I threw a leg over the bike, the first thing that struck me was how big the bike feels. The ZX6R was based on its big brother, the ZX10R, you would be forgiven for thinking you were on the thousand bike. The large “bubbly” front cowl and the way the front of the bike hugs around you gives you the impression the bike is much bigger than it actually is.

Setting off through town, the ZX6 was a pleasure. Silky smooth gear changes, plenty of power from nice and low in the rev range and a nice light clutch. Heading towards the Lake District, I was really keen to get going on the bigger roads. The bike has a claimed 130 BHP and with a dry weight of around 165kg it’s guaranteed to be good fun.

It wasn’t long until the roads quietened and I got the opportunity to knock down a gear or two and get my chin in the little grove on the tank. The extra 37cc advantage the 636 has over the majority of other 600’s doesn’t sound like a lot, but it really makes a big difference. The midrange power is incredible for a 600cc machine and it offers much more at the low end than most over 600’s. Getting onto a straight and you’ll find the bike pulls hard all the way to the redline, if your heavy on the throttle then you’ll feel the front trying to lift as you hit the small rises and bumps in the road. Coming out of corners, you find that it lacks the low rpm frustration that you can sometimes feel on a bike like a CBR600 or an R6.

Speaking of corners, the ZX6R tackles them beautifully. It tips in super easily and clings to the road like it’s on rails.

You won’t find any rider aids on this generation of ZX6 other than a slipper clutch to assist you in those aggressive down shifts. Possibly not something you will get much use out of with road use.

Well, what an awesome little bike! This was my first time on a 636 ZX6R and I must admit you can really feel the benefits of having that extra 30 odd cc. The mid range grunt is fantastic and certainly not what you would expect from a bike in this class. The engine and gearbox combination, in my opinion, is pretty much perfect for a supersport machine.

The brakes and suspension are great, though there is a little room for improvement as is usually the case. The bike stays well planted when braking hard or entering corners at speed and holds its position on the road really well. The short wheelbase makes tipping the bike in and out of corners really easy. The ZX6R really gives you the confidence to push harder into and out of corners, even on the road. 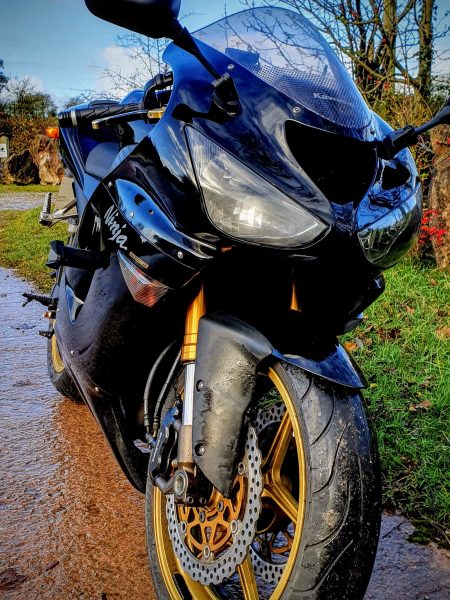 As is the case with most japanese bikes, the ZX6R is well finished and everything is built to last.

If you’re in the market for a great value 600cc sports bike, I would wholeheartedly recommend a ZX6R. If given the preference, personally I would favour either a 2005 – 2006 machine like I rode for this review or a 2003 – 2004. In 2007 Kawasaki moved back to a 599cc setup, which is a shame in my opinion. It would appear Kawasaki noticed this themselves as they reintroduced the 636 option in 2013 to run alongside the standard 600cc.

The 636 is a durable and reliable engine. It offers all of the benefits of the traditional 599cc, but with the added low and mid range rpm power. The pairing with the ZX6R’s gearbox is fantastic.

Fully adjustable forks, rear shock and steering damper. Standard stuff for a bike of this class. More than capable straight from the showroom but there is room for improvement.

Radial mounted four piston calipers up front sat on dual 300mm discs. As above, fairly standard for this calibre of bike. No complaints but room to improve.

Japanese build quality throughout. Some components can feel a little cheap but everything is built to last, which is what you want at the end of day.

Big bike likes with not far from big bike performance. The ZX6R is the most fun I’ve had on a supersport bike. Highly recommended.

Many thanks to the guys at JD Comps for loaning us this bike for the day. JD Comps are a local company to us offering some fantastic prizes at amazing odds. Be sure to take a look at their website to find out how to get involved!